ASIA/KAZAKHSTAN - The encounter with God in the city of Kapchagay 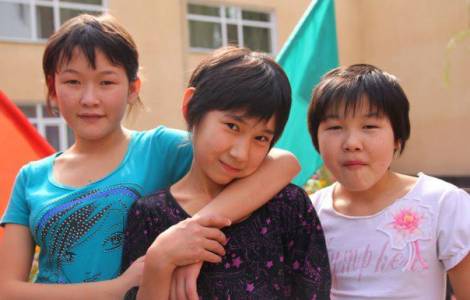 2020-09-24
The first basilica in Kazakhstan: "Here the roots of the Church that went through Soviet repression"

2020-09-02
Fight against Covid-19: thanks to the Church, a partnership between Italian and Kazakh hospitals has begun

2020-07-23
An increase in Covid-19 infections: the Church seeks international support

2020-07-08
Since the Covid-19 emergency, new collaborations in the Church thanks to telework

Kapchagay (Agenzia Fides) - "Here in Kazakhstan I experience every day that every little help, insignificant in appearance, for many people can be a key step in restoring dignity. I have seen vagrants find a job, those who suffer hunger sit at the table, a smile on sad faces. All this allows me to believe in the power of human goodness and, above all, opens a much more important door: that of the encounter with God": with these words Fr. Artur Zaras, a Polish priest on a mission for four years in the Kapkawai city of Kazakhstan, tells Agenzia Fides about his pastoral experience. The priest's work in the parish of Kapchagay, part of the diocese of Almaty, in the south of Kazakhstan, he explains, is not only based on assistance, but on "a pedagogical vocation especially aimed at needy children, to help them fulfill their dreams, especially thanks to an opportunity of education".
In Kapchagay, in the south of Kazakhstan, one of the main social problems is the abandonment of children by families in a state of extreme poverty. For this reason, the Catholic Church has created the "Focolari", houses which provide for the care of young children. There are currently seven foster homes in the diocese of Almaty that welcome about 70 children who, depending on their age, attend kindergarten or compulsory school. In Almaty there is also a home where the children live, who, after completing their middle school in Kapchagay, attend a professional or secondary school. With the help of the Missionary Sisters of Charity and some lay volunteers, Fr. Artur accompanies children and teenagers on a path of "prayer, catechesis, fun-formative activities, excursions: a great opportunity of growth, to be closer to God and to recognize him as a friend", he says.
The priest tells Fides that he has accompanied children in the last months to discover the Marian places in Kazakhstan: "We explained to the children the meaning of the coming of Jesus in the world and that each of us is a 'little Mary'. On the occasion of the centenary of the apparition of Our Lady of Fatima, we went to the cathedral of Karaganda, dedicated to the Virgin, praying in particular for peace". The priest emphasizes that the children were able to discover "new places, cultures and traditions. For example, in Pavlodar, in the Northeast of the country, he says "we were received by a priest of the Greek-Catholic Church. The children asked questions about the difference between us and them".
In Kazakhstan, according to official data provided by the Ministry of Foreign Affairs, out of a population of more than 17 million, inhabitants, 26% of the population are Christians, of whom 1% are Catholics. The faithful, according to official figures, are about 130,000, mostly ex-deportees who arrived in the country at the time of the Soviet regime, but their number seems to be falling due to emigration to their respective countries of origin.
The Catholic Church in Kazakhstan is organized into 4 dioceses, and has 70 parishes in total. The priests present in the nation are 91, including 61 diocesans and 30 religious. (LG-PA) (Agenzia Fides, 15/11/2017)

EUROPE/GERMANY - Towards World Mission Day: "in times of coronavirus, solidarity is more important than ever"

AMERICA/PARAGUAY - Feast of the Virgin of Caacupé: Mgr. Valenzuela complains about the violence and "the great absence of God in our life"

AFRICA/UGANDA - Missionary Childhood Day: children can be saints even with the little means they have

ASIA/INDIA - Over 15,000 Aids patients treated with compassion in Catholic structures