OCEANIA/AUSTRALIA - The Bishops: it is necessary to develop an inclusive and sustainable economy 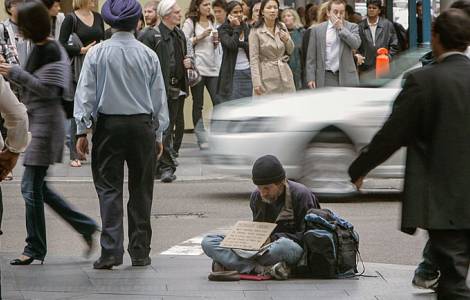 2022-01-29
The Sisters of the Immaculate Conception: "Under the protection of Mary, a life of prayer and mission in Tasmania"

Sydney (Agenzia Fides) - The “Justice and Peace” Commission of the Australian Catholic Social Justice Council (ACSJC) presents the new report entitled "Everyone’s Business: Developing an inclusive and sustainable economy", which will be at the center of reflection for the year 2017-18.
Starting from the passage of the Gospel of Matthew (Mt 20, 1-16), the Bishops say they are concerned about the increasing inequality and above all the situation of the most vulnerable. The text calls for a return to greater "inclusiveness" and hopes for a "new approach", capable of building an economic system that brings benefits and well-being to everyone, not just the rich elites. The Bishops indicate some fundamental criteria in order to ensure that the economic system is more inclusive: it is necessary to starts from considering people and nature not just "simple production tools", moving to the urgent need to realize that "economic growth alone cannot guarantee a global and sustainable development". At the heart of economic dynamics, the "principle of social equity" is needed, while "businesses must benefit all society, not just shareholders". Also, "the excluded and vulnerable" must be included in decision-making.
In all this, reference is made to nature, through the urgency of raising awareness and increasing the need for sustainable economic and productive practices.
Carol Mitchell, Head of the "Justice, Ecology and Development" Office within the ACSJC, who contributed to the report, said: "This reflection comes at a critical time when Australia, having experienced uninterrupted economic growth for more than 25 years, realizes that nearly three million Australians, including over 730,000 children, are living in poverty. As people of faith, we are people of hope and we are also called to be people of action".
"The economic rationalism that we have been pursuing over the past 40 years has eroded these ideals and created a highly individualized economy that favors those who have resources and political influence.
Neoliberalism promoted profound inequality. Consideration should be given to measures such as the extension of pensions to support widows and the unemployed, as well as the development of fiscal measures according to the progressive criterion", notes a comment by "Social Policy Connection", Australian Redemptorists Forum, recalling alarming social phenomena such as badly paid and insecure occupation, and an increasing number of homeless and aboriginal people on the threshold of poverty.
The Bishops' text challenges all Australians, starting from political leaders to all citizens, to rediscover the "egalitarian sensibility" that inspires social justice policies and allows them to overcome social exclusion. The text, launched and released on the last Sunday of September ("Day of Social Justice" in Australia) was given to all the dioceses and communities to be read and studied, in order to initiate a path of confrontation and debate with the hope it reveals to be rich in proposals and projects. (PA) (Agenzia Fides, 9/10/2017)

AMERICA/BRAZIL - Repam: spaces for the solidarity market in 91% of the local Churches in the Amazon