AFRICA/NIGER - A surprise attack against US soldiers: "The presence of foreign soldiers is likely to destabilize the area", says a missionary 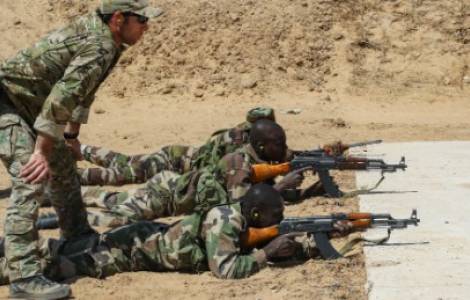 Niamey (Agenzia Fides) - "It is not a mystery that Americans have been present in Niger for a long time not only with drones, but also with soldiers, as well as the presence of the French and perhaps soon even the Italians", says to Agenzia Fides Fr. Mauro Armanino, missionary of the Society of African Missions (SMA), who works in Niger, commenting on the ambush in which four soldiers of the so-called Green Berets, the special forces of the US Army, died. The ambush in which also 5 soldiers of Niger were killed occurred on October 5, when a mixed US-Nigerian patrol was heading to meet some village leaders in the southwest of Niger, bordering Mali.
The assault was committed by at least 50 heavily armed men on pick-ups and motorcycles. No group has claimed the action but there is the presence of Al Qaeda in the Islamic Maghreb in the area.
"There is a strategy of containment of migratory flows with military means, both with European and American troops and with the African ones of the so-called G5, that have strangely excluded Senegal, which is nevertheless part of the Sahelian reality. The reason is not known. Some say it is a matter of sharing resources made available by the West: the more countries there are the less money individual States receive", says Fr. Armanino. The G5, heavily sponsored by France, provides for the creation of a pan-sahelian security force composed of soldiers from Mali, Mauritania, Chad, Burkina Faso and Niger. "Apparently, the United States is reluctant to financing the G5, and every time there are discussions about this project, there are attacks, such as in Niger and before in Mali, in Gao and in Bamako, which can help convince on the importance of setting up this Pan-African military force", states the missionary.
Fr. Armanino does not deny that there are unstable areas in Niger due to the presence of armed groups. "There have been several attacks in an area, about 120 miles from Niamey. For some time, that area, bordering Mali, is rather unstable. The other area of strong instability is located near Chad Lake, where Boko Haram raids continue", he says. But according to the missionary, the military response is likely to create new sources of instability. "At the border with Libya, the Tubou are trying to arm themselves to try to contain human trafficking", he says. "This increases the risks of destabilization of the area where Tuaregs also live without having a good relationship with the Tubou, especially when there are reasons of interest such as controlling illegal or illicit traffic. Other policies are needed", he concludes. (L.M.) (Agenzia Fides, 9/10/2017)

AMERICA/COLOMBIA - The Bishop of Buenaventura: "there is no violence here, but a real war"