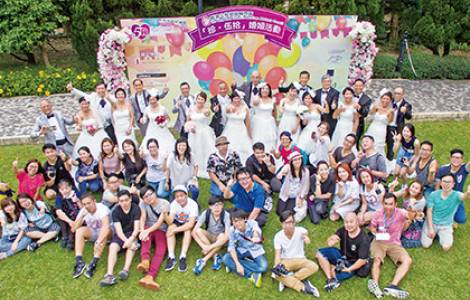 Hong Kong (Agenzia Fides) – At the end of August 2016, there were 591,000 Catholics out of a population of 7,346,700 inhabitants in Hong Kong. The Catholic figure is contained in the new Yearbook of the Church of Hong Kong, published recently, while for the people we refer to the data of state authorities.
According to the Hong Kong Catholic Church Directory, also posted on the website of the diocesan weekly Kong Kao Po, out of the 591,000 Catholics in Hong Kong, 389,000 are local, that is residents in Hong Kong (an increase of 5,000 units compared to the previous year), while the other 202,000 are immigrants, and among these Filipinos are the most numerous (166,000).
In the past six years there has been an average of about 6,000 baptized a year: last year there were 6,633 baptisms. In addition 1,100 couples celebrated the sacrament of marriage.
According to the Yearbook, sent to Fides, in Hong Kong there are 98 churches, of which 52 are parishes. Moreover, 2 Cardinals, a Coadjutor, an Auxiliary, 288 priests (68 diocesan and 220 religious from 18 congregations), 469 religious (27 congregations), 58 religious brothers, 25 permanent deacons, 1,558 catechists, 24 seminarians, 28 novices (13 religious men and 15 religious women), 10,464 catechumens reside in Hong Kong.
The diocese of Hong Kong gives its living testimony of faith through a varied social commitment, especially in health care (with 19 hospitals and specialized clinics, 26 rehabilitation centers), in the field of education (249 Catholic institutes with 150,640 pupils, of whom 16,615 Catholic students) and charitable service, through the centers for the elderly (14) and for the assistance of families (42). (NZ) (Agenzia Fides, 23/02/2017)